Glutathione (GSH) is a tripeptide with a gamma peptide linkage between the amine group of cysteine (which is attached by normal peptide linkage to a glycine) and the carboxyl group of the glutamate side-chain.Thiol group act as strong Reducing Agent. 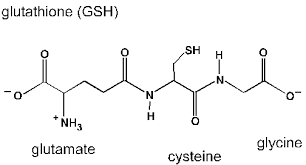 The Setria Glutathione are the most bioavailable, (meaning the body will readily absorb them and effectively boost glutathione levels)In its active or reduced form, GSH acts as a powerful antioxidant, once used up or oxidized, it begins the recycling process. The efficiency of this recycling process determines the ratio between reduced and oxidized GSH in the body. The more reduced glutathione in your system the better, it is an indication of low cellular toxicity levels and a strong immune function

As a premier anti-aging antioxidant, glutathione is widely used to help fight the signs of aging .By supporting glutathione levels, improving the quality of skin, translating into a healthy glow and a reduction in wrinkles and dry spots. It is also commonly used because of its ability to reduce melanin production. By reducing melanin production get the appearance of whiter and clearer skin

It is also required for the body's natural immune response and is important in the cellular detoxification of damaging chemicals like smoke, heavy metals, and drug metabolites

Glutathione is keystone for our immune system. By boosting GSH levels increasing body's ability to fight off infection and illness.

It is a mitochondrial fatty acid that is highly involved in energy metabolism It works with mitochondria and the body's natural anti-oxidant defenses. It is also seen as an anti-aging compound since it can reverse some of the oxidant damage related effects of aging.

Alpha-lipoic acid has been noted to reduce oxidative damage in neuronal cells which is thought to underlie the reductions in age-related cognitive decline alpha-lipoic acid, is vital to cellular energy production, and helps to neutralize the damage caused by free radicals. Free radicalsare chemical byproducts produced during the process of oxidation that converts nutrients to cellular energy. As they oxidize, these compounds can become highly reactive and harmful to the cell, distorting its vital components and reducing its metabolic efficiency. While the body can naturally manufacture enough alpha-lipoic acid for metabolic functions, supplementing can allow more optimal levels to circulate in a free state.

Vitamin E and its forms are an effective antioxidant for skin anti aging and lightening. This ingredient raises the level of glutathione in the body as well as inhibiting production of excessive melanin through the action of Delta tocotrienol is a form of vitamin E. 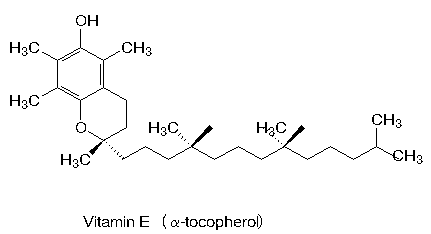 - Vitamin E is to keep Glutathione in the reduced form so that they can continue to have their powerful free radical quenching effects.

- Vitamin E promotes the healing process of wounds, scars and lightening of acne scars. More so, in the process of healing, this ingredient also moisturizes and adds radiance to skin making it look young. Antioxidant property of Vitamin E helps in protecting the body against free radicals which causes diseases.

Maxwite interferes with the actions of the enzyme tyrosinase, which helps to trigger the reaction that leads to the formation of the skin pigment Melanin. By Controlling the production of melanin (less amount of pigment produced) resulting in a gradual lightening of the skin.

Moreover Maxwite assists the destruction of the melanocytes, the specialized cells that produce melanin. Melanocytes are eventually broken down by the body and replaced by new cells as a part of the cellular turnover process, but by hastening their destruction, the body becomes unable to maintain its supply of the pigment-producing cells. Only fewer cells are available to produce melanin (the amount of the pigment present in the body decreases) and the skin becomes more lighter.

Synergistic Natural formula of MaxWite act on the all the three phases of Melanin synthesis thereby inhibit Activation, Synthesis and Expression process